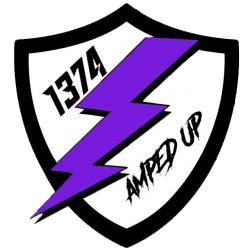 We hosted an ‘Engineers Day’ at Siemens on March 27th. We introduced the nontechnical employees there to what it feels like to think and solve problems like an engineer. We did this by getting them to build a model to help save water using this year’s FLL Jr. Aqua Adventure Inspire Kit.

Over March Break, we participated with FIRST Canada at the Ontario Science Center where we hosted ‘minibot soccer’ that the public could watch while we explained the FIRST experience. We also demonstrated FLL games at our FLL table to demonstrate FIRST to a younger audience. Thank you to team 1310 for running the event!

On March 8th we hosted a "practice expo" for our 9 FLL Jr. teams at Maple Grove Public School. We are glad to see that the students have grown over the past few months and are more enthusiastic about STEM than ever. Mentoring them was such a fulfilling experience and we are looking forward to next year!

On Saturday the 18th of November, we participated in our second year in the Oakville Santa Claus Parade with our sister team 1334. We built our futuristic themed float on the Friday before the parade and had a lot of fun doing so! Many thanks go to everyone who helped build the float and to our amazing mentors!

We recognize the impact mentors can have on their students' growth, which is why we have started up and are currently mentoring nine Junior FIRST LEGO League teams at Maple Grove Public School. This is part of our way of giving back to our community by positively influencing future generations of STEM leaders. These are the first Junior FIRST LEGO League teams we mentor and we are looking forward to mentoring many more.

We are mentoring team 8068 at Fern Hill School.

The Innovation Garage at the CNE (Canadian National Exhibition)

From August 18-20, several of our team members and our sister team 1334’s members attended the CNE in downtown Toronto as part of the Innovation Garage. We had our pit, two running robots and an FLL table to show the public and teach them about all the amazing programs FIRST has to offer students. Lots of kids, parents and others were interested in our exhibit, and we hope we have inspired some young minds to consider pursuing STEAM in their futures. It was a great weekend, and we hope to return again next summer! Thank you to the CNE for inviting us to attend!

We participated in Midnight Madness in Downtown Oakville on the 14th of July with our sister team 1334. We set up a booth and a display of multiple of our robots. The turnout of people was incredible as we were able to both explain who we are and what we do to people and give children rides on our 'chairbot'. It was a shame it was all over at midnight. We look forward to going back again next year!

During the summer, we were fortunate enough to work in a summer camp teaching students about robotics, FIRST and STEM. Each session, we had about 30 students whom we would help build robots. We had Lego Mindstorm kits for the younger campers as well as VEX for the more advanced campers. Each week, the campers would build, program and play with their own robots. We would use three different challenges to help the kids to innovate and push through the problem. The first challenge was a maze, the members using LEGO would autonomously program the robot to go through the maze and the members using VEX would learn how to control the robot .The kids had loads of fun building, designing and competeing in a tournament style match. The second challenge was a sort of game. There was a VEX kit where we would put VEX soft balls and footballs. They would try to put the balls on the other teams sides. Every Friday, the last challenge would be ROBO SUMO for the whole campsite to see. The campers would add modifications to the robot so they could compete against each other in a sumo wrestling type game. The campers really enjoyed their time at these camps and so did we!

We attended the James W. Hill school fair on the 27th of May with our sister team 1334 in order to help the school raise money, promote STEM, and introduce the students there to FRC.

We participated in our first Oakville Santa Claus Parade on Saturday, November 19th. We all spent the Friday night decorating and building our beautiful float and drove it through downtown Oakville on Saturday morning. We cannot wait to participate again next year! Thanks go to our lead mentor Mr. Woods!